Behind the Headlines – a current affairs blog 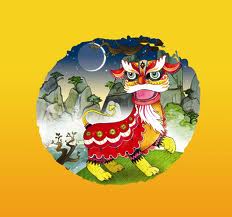 British East Asian theatre group Yellow Earth is celebrating the Chinese New Year in a true mix of Chinese and Western performance at the Broadway Theatre on February 10.

Why The Lion Danced is a show for the whole family which centres on the mythology surrounding the most important event in the Chinese calendar.

It tells the story of how the Nian, the terrible monster which tries to disrupt New Year celebrations, is successfully scared away by the villager’s lion dance.

The lion dance, which has been part of the Chinese culture for thousands of years, is still widely performed at festivals today to chase away evil spirits and bring happiness and good luck.

Kumiko Mendl, the director of the show, said: “We have been doing a lot of work with schools and have seen a lot of interest in the Chinese New Year.

“This show is to celebrate the Chinese New Year with young children and their families.

“It is a real mixture of Chinese and Western theatre. There are some elements of Beijing opera and martial arts and we have a professional musician from Beijing Opera School.”

Why The Lion Danced features four performers and promises a spectacular mask and big costumes. It includes the traditional Chinese ribbon dance and original live music and songs.

Yellow Earth was formed as a touring company in 1995 in London by five British East Asian performers who wanted to raise awareness of British East Asian theatre. They also run schemes to develop Asian writers, directors and actors.

Having previously performed at the Broadway with her own theatre company, A Thousand Cranes, Mendl said she was looking forward to returning to the theatre. She said: “It’s a nice space. This piece is a good size for the space. It will be a great experience.”